The Ministry of Foreign Affairs

The Ministry of Foreign Affairs asked me to make an artwork for the new chancery in Ankara (Turkey). On the garden wall of the new embassy a huge photo art work with measurements 10 x 2,5 meter is realised. The artwork is inspired by 'Les Nympheas' by Monet but also by paintings with floral still lifes of the 17th century. Tulips are the symbol of the friendship between Turkey and The Netherlands.

After a strong winter the tulip is the first sign of fertility and new life in nature. Tulips were seen as holy flowers and were frequently portrayed in writings of the Koran and other holy scripts. Tulip and Allah are both written with the same letters in Arabic. After the tulip came to Europe via the hortus botanicus in Leiden, new sorts were developed. Since the 17th century diplomats gave special new tulip-bulbs as a gift to the sultans of Turkey.

This commission brought new challenges. For making the work it was necessary to produce a large mirror of 3,3 meter width. It was the start of the 'Tulipomania' series in which many special varieties of tulips are used. I hope you can get drunk in these gulfs. 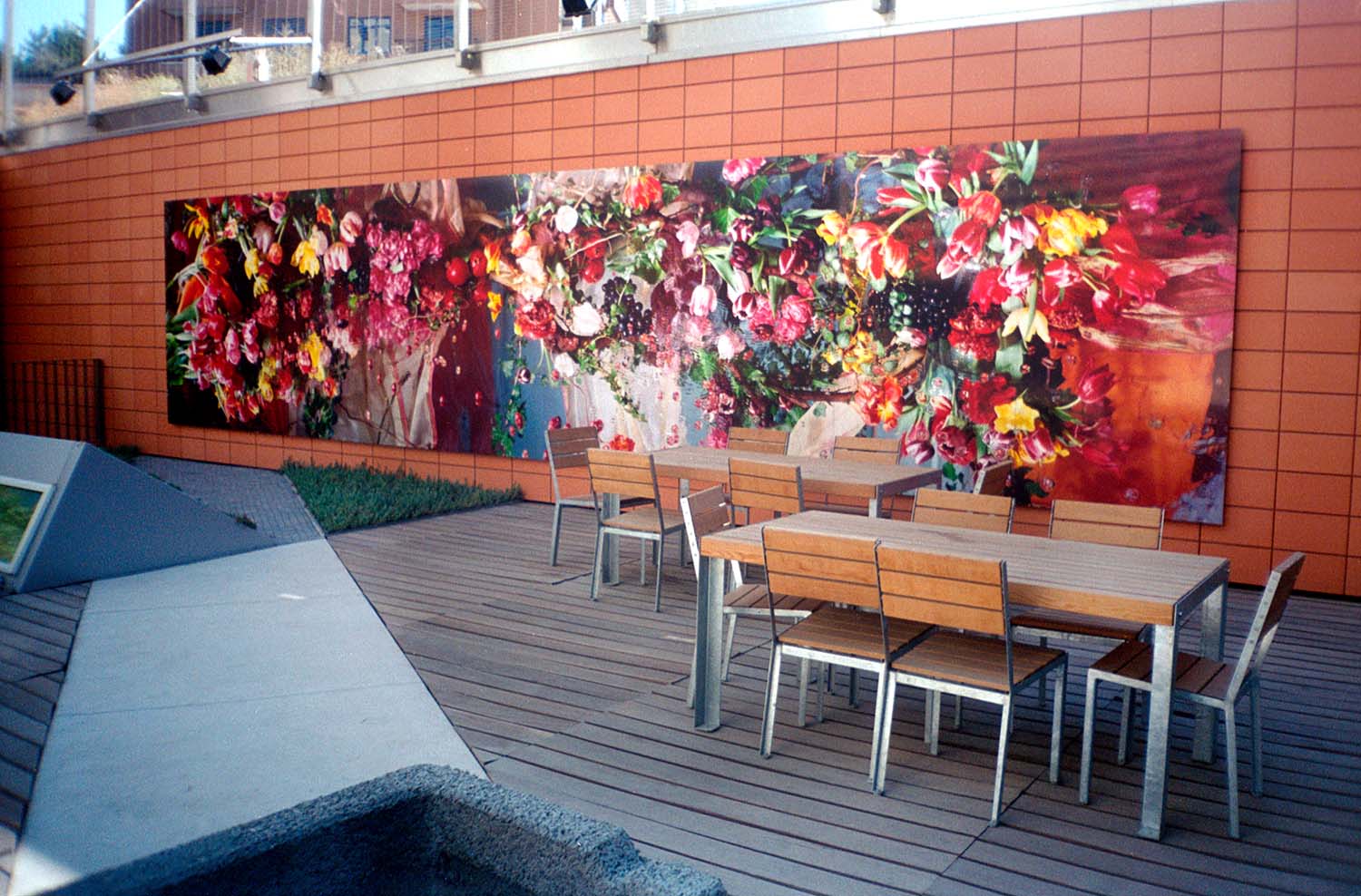